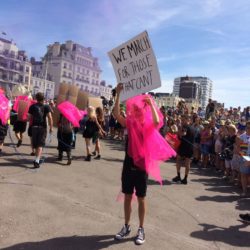 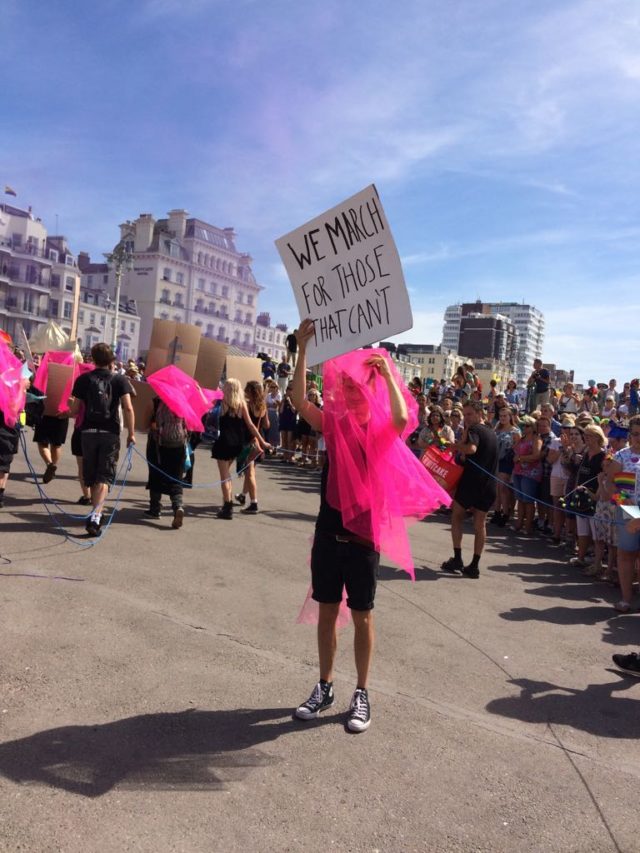 Queer people in Azerbaijan: Destiny depends on the way of thinking

This is the story of a gay man born in Azerbaijan who, for years, hid who he was from those closest to him. Despite fleeing to Europe, he still faces death threats from his family because of his sexuality.

‘I’ve already officially changed my name once but they also found me with this name. That’s why it’s more comfortable for me to speak anonymously.’

‘In the remote mountain village where I was born there was no one who knew the meaning of the word “gay” and neither had anyone ever heard it in their life. There were eleven children in my family; I was the last child. My brothers and sisters were my age or older.’

‘My mother was the kind of woman from national movies, who wore old-fashioned dresses, caftans, and wide pantaloons, and braided her hair in eight braids. She baked bread in a tandyr every day and cooked kufta in large pots for lunch for us above the fire in the courtyard, which she kindled herself.’

‘My father and older brothers were the men with beards, wearing shabby clothes, smelling of cigarettes and sweat, who talked rudely with family members and worked on the farm.’

‘Any slight misbehaviour was met with a slap to the face or head or a kick. The only books in our house were old textbooks, which were also used as wrapping paper.’

‘At weddings and funerals, the men would sit separately from the women, eating dinner first, making decisions in any situation, behaving as if they owned everything. I heard phrases like “be a man!”, “are not you a man?”, “it’s not manly” thousands of times a day.’

‘I studied very hard at school; my mother was very happy about that. My older brothers and sisters were uneducated and my mother laid all her hopes on me. She always used to say: “I didn’t see anything good from your father, your brothers, and your sisters; at such an old age — you will let me see better days”.’

‘I grew very attached to my mother. Probably, it was because I was her last child, and my mother could give me all the love she was not able to give to my older siblings that the connection between us was stronger.’

‘I would talk to her a lot, tell her my dreams of moving to the big city and buying a house there, where I could move her to live together comfortably. In reply, she would say: “all right, you will also get married, your wife will serve me, I will feel comfortable and care for your children”.’

‘Even though I would not contradict my mother, her words about having a wife didn’t seem attractive to me.’

‘As I grew up, I started to realise that I could not look at girls the way other guys did. My cleanliness, my desire to look neat, my cultured speech, which I had acquired through my reading, and the fact that I spent a lot of time with my mother and sisters irritated my father and brothers, and even my nephews a lot. They would get angry with me, constantly repeating: “behave like a man”.’

‘I realised that I’m gay when I served in the army. In those days it was still the Soviet Army. There, I learnt from soldiers, though very vaguely, about homosexuality and what it means. I gained information about my situation and calmed down slightly.’

‘It was the Soviet Army back then. I fell in love with an Uzbek soldier. At night we kissed in secluded places. One night, we were seen by a Russian soldier. He beat us up very badly. He told us that we had disgraced the name of the Soviet army.’

‘Later, he secretly offered to have sex with me. When I refused, he said he would tell [what he saw] to all the soldiers and officers. Being a naïve person, I didn’t understand what this would mean.’

‘During the day, everybody was beating me up, and at night, they would drag me out of bed and rape me, saying that this is what I was intended for.’

‘I somehow finished my military service and returned to our village. My mother cared for me. If this poor woman only knew what had happened to her cherished son, her heart would break.’

‘My mother was very old. Despite wanting to go to the city, to study at university, and to build a career, I could not think of leaving my mother who was living her last days.’

‘I could also never think of telling my mother about my sexual orientation. I knew that no matter how much she loved me, she could never understand or forgive me for this. Thus, I hid my orientation until my mother’s death.’

‘I behaved like a different person with her, playing a role for many years. I was searching for excuses to turn down the girls she liked for me, for years I escaped the censure and questioning of many relatives.’

‘Finally, I could not resist any longer — I agreed to get married. I had to marry a woman despite being gay. My wife probably didn’t understand that I’m gay, seeing me as mentally ill or having other problems.’

‘I couldn’t think about confessing this to her. I proceeded to play my role, trying somehow not to go crazy in this situation.’

‘Then my mother died. With her death, my duty of conscience was also paid and ended. There was nothing more to bind me to my family, village, or house. The funeral of my mother were the last days I spent in our village. After the funeral, I took the little old black-and-white pictures of my mother, packed my clothes, and left our village forever.’

‘I stayed in Baku for some time. I was interested in art, writing poetry, reading prohibited Western literature. Knowing many contemporary authors, I tried to get involved in the art scene.’

‘At those times, no one would publish such poetry, and despite not being published, I was known in some small circles. Even in those circles, I couldn’t tell people that I was gay.’

‘It was very difficult to find a partner; everything was happening in secret. Although I didn’t hide my being gay, my partners were closeted, as a rule. Relationships didn’t last for long; all my partners would quickly get married.’

‘This secrecy, living life like I was doing something shameful, hurt me very much. I wanted a long-term relationship, love, and partnership, while my partners only needed sex.’

‘The times gradually changed. Mobile phones and social networks brought the city and the village together. My relatives, whom I had not seen for years, now called me trying to see me. They tried to get to know my surroundings, asked me about life, showing an interest in what I did.’

‘One day, my brother’s son called me. He swore at me, telling me that I disgraced the family name. He vowed to wipe ‘this stain’, off the earth. He promised to kill me and tear me to pieces.’

‘I realised that my relatives knew about everything. I understood how they treated homosexuals and how such news would be accepted in the village. So it seemed very believable to me that my nephew could get together with other relatives and kill me.’

‘Now I had to save my life. So I applied to a programme to help at-risk artists. Despite the difficulties, I managed to leave for Europe. But I couldn’t feel at ease there either.’

‘Because of this fear, I avoided social networks for years. I didn’t have any contact with Azerbaijanis, didn’t visit places in Europe where I could bump into them. I also changed my name. I tried to forget my village, my relatives, my name and what had happened to me.’

‘In Europe, I could find love, had partners, and also long-term relationships. I’ve been living with my lover for years now. In the district where I live now, it’s a very common thing to see a gay couple walking hand in hand and kissing.’

‘I can wear the creative outfits and accessories that I dreamt about in Baku, here I can express myself as I wish. I am not oppressed by society and relatives.’

‘Sometimes I wear so many accessories that my partner tells me it’s too much. I say to him then that in my country, there is no freedom to wear them, and because I have this freedom here, I want to use it.’

‘It’s been about a year since I started using social networks again. I’m a member of gay groups. My picture and name on social networks are not real. Even with this secrecy, my relatives could still find. From time to time I receive messages from my nephew asking me: “do you know who I am?” I don’t reply to them.’

‘My biggest dream is to see our village one last time. I was always miserable in those lands, but it’s the place where my mother is buried, where I was born. I understand that it’s impossible, that I can’t see those places while I’m alive.’

‘Sometimes I read the news. Political prisoners are being pardoned, immigrants receive citizenship in the countries they live in and can travel to their homeland. But my situation is not that easy.

‘Because my enemy is neither the political regime, the president, nor the government — my destiny does not depend on whether it changes or not. My destiny and my dreams depend on hundreds of people and their way of thinking.’

‘And this way of thinking is still not changing.’