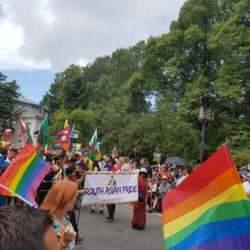 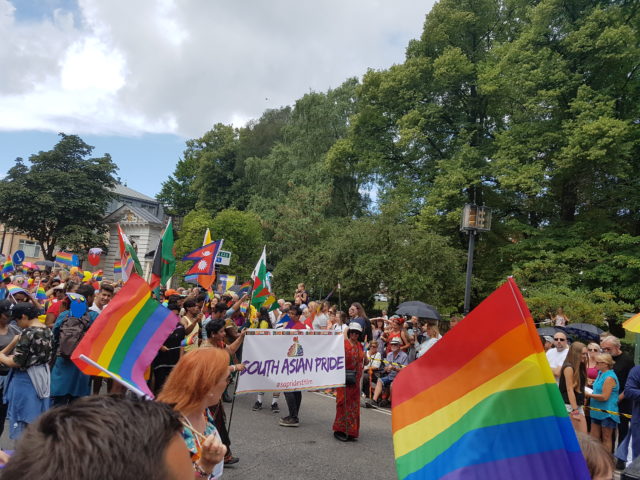 A gay asylum seeker has accused the Home Office of not taking LGBT+ migrants’ sexualities seriously. He spoke about fleeing Morocco for the UK.

Abderrahim El Habachi fled Morocco two years ago out of fear he could be imprisoned for his sexuality.

He said that he is now part of a “huge community” who have come to the UK “to live their lives in an authentic way”, but have faced poor treatment under the British asylum system.

“The Home Office is putting people through hell,” he told ITV News.

“They don’t believe our sexual orientations or the struggles we are facing in our countries.”

El Habachi said that in Morocco, LGBT+ people are considered criminals and live under the constant threat of violence.

“If people sense that you are gay, they can beat you and you have no right to complain.”

“You are the victim at that moment but in the eyes of the law, you are the criminal because you are gay.”

He said that he and many like him arrived in the UK with dreams of “following that rainbow, but somehow the rainbow is stripped from us”.

“We need allies to help us accomplish that dream,” he added.

A 2018 report by the UK Gay and Lesbian Immigration Group (UKLGIG) showed that between 2015 and 2017, the rate of LGBT-related asylum claims being accepted fell from 39 per cent to 22 percent.

“Our research has shown that the Home Office routinely disbelieves LGBTQI+ asylum claimants and disregard statements from friends, partners and LGBTQI+ organisations testifying to a claimant’s sexual orientation or gender identity,” Zadeh said.

“The Home Office is setting the bar too high for LGBTQI+ people. They are not applying the correct legal standard of proof that it is ‘reasonably likely’ that someone will be persecuted.”

In a statement to ITV, the Home Office said “the UK has a proud record of providing protection for asylum seekers fleeing persecution because of their sexual orientation or gender identity”.

It added: “Each case is considered on its individual merits and all decisions on claims based on sexual orientation are reviewed by experienced caseworkers.”

In May, the government announced a review into the way LGBT+ asylum seeker claims are assessed by the Home Office.

[T]he then-immigration minister Caroline Nokes said […] “The aim will be to ensure that empathy is considered by decision makers when assessing these highly complex claims.”