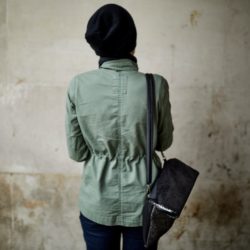 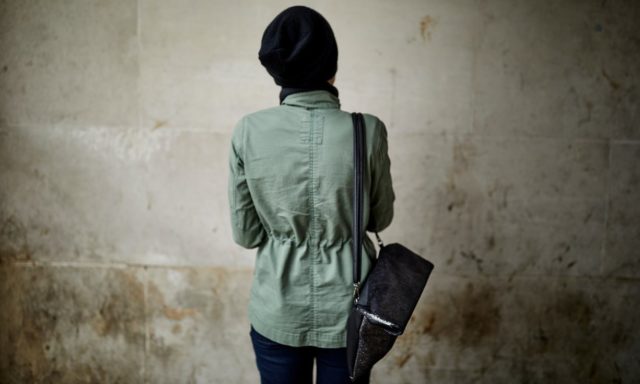 "I’m in a bad dream”: A story from Ireland

Aoife Moriarty for the Magazine GNC (October 2018, Issue 346) interviewed a woman from Zimbabwe who just had her application for asylum rejected.

“I’m in a bad dream,” says [a 35 year-old] former mental health worker […] from Zimbabwe, who has just had her application for asylum in Ireland turned down. After three years waiting in the Direct Provision system, unable to work and on a basic allowance of €21.60 a week, [she] now faces the possibility of returning to a country where LGBT+ people are characterised as “worse than dogs”.

“I feel crushed, to be honest,” she admits. The reason is that her application for refugee status has been rejected after a three-year wait. She has appealed the decision, but isn’t sure how long the next stage will take, or whether her appeal will be successful.

[…]  She lives in an annexed convent building alongside 150 other asylum seekers and receives a €21.60 allowance from the Irish government each week, along with meals from the canteen and other basic necessities.

She is loathe to criticise the asylum process in Ireland […]. “It’s challenging, but it’s not that bad,” she insists. “If was in Africa, no one would be looking after me.”

As an asylum seeker, [she] has now been prohibited from working for over 36 months. New rules, which allow asylum seekers to seek employment, have not benefitted her because they coincide with her recent application rejection.

Nevertheless, she keeps busy, volunteering in the community for events like Africa Day, helping out at church and writing for the local newspaper. She is also a member of the Identity LGBT support group […]. She makes the two-hour journey there by train to the group’s meetings and has marched with them at Pride every year she’s been living here.

[She] was brought to the UK at the age of 18 by her father, to live with relatives there. Her father returned to Zimbabwe, where he and her mother still reside.

She started working in mental health support, an area in which she was employed for nine years in the UK, supporting young adults with “challenging behaviour”.

Although she knew she was attracted to women as well as men from her early teens, it wasn’t something she felt comfortable sharing with her Zimbabwean family members in England.

“I was very, very closeted when was in the UK,” she explains. “My family there have the conservative views of most Zimbabweans. sort of had a fling with a female friend of mine. She was a lesbian and she was out. After that just wanted to be in a country where could be free to be myself.”

Hoping for a fresh start, [she] came to Ireland in 2015, the year that the Marriage Equality Referendum passed. It made her feel positive about being able to be out as a bisexual woman here, she says. Family back in the UK see her social media posts about attending Pride or other LGBT events, but she says she no longer has to explain anything to them, “because she is so far away”.

[Her] status in the UK is complex, making it difficult for her to return there. But she knows that Zimbabwe, one of the world’s most corrupt, homophobic and politically oppressed nations, is not a place where it’s safe for her to live.

“Most of the people in Zimbabwe were closeted,” she says. “I never knew anyone who was out publicly. There was an organisation called GALZ, which was a safe space. But during Mugabe’s time they were frequently raided.

“Mugabe was ruthless. He would say gay people are ‘worse than dogs, they’re pigs’, stuff like that. So people internalised these views and it created an atmosphere of homophobia.”

According to a 2018 survey, 50 per cent of gay men in Zimbabwe had been physically assaulted and 64 per cent had been disowned by their families. 27 per cent of lesbians also reported disownment. Laws passed in 2006 criminalise any actions perceived as homosexual.

“Most people in Zimbabwe are so homophobic,” […]. “They don’t have any bit of tolerance towards gay people.” […]

“The first time realised was bisexual was when was around 13. But later on, when was around 17, that’s when started experimenting more,” she says. However she was not living in Zimbabwe at the time.

[She] lived in Frankfurt, Germany for one year when she was 17. Her dad was a manager for an airline and had been temporarily stationed there. “I felt a bit more free in Germany. So that’s when knew, ‘Oh, okay, also like girls as well as boys’.”

She returned to Zimbabwe after her father’s contract ended. Soon after, he brought her to the UK to live with her aunt, uncle and cousins.

“I think he knew about my sexuality around that time. My Dad is a quiet person. But one of those quiet people who can see everything,” she says.

Clarice didn’t come out to her parents until she arrived in Dublin a few years ago. “My Dad is the more liberal one,” she says. “He’s like, ‘You can be whoever you want to be’. He’s very reassuring. But my mother is a bit different, a bit more conservative. think she’s slowly accepting, but it will take some time.”

What about the attitudes of other asylum seekers at [your reception centre]? Does she ever feel threatened as a member of the LGBT+ community?

“People are fine. They just get on with their lives. Some people wait longer than others for their answer, don’t know how the system works. Let’s say you’re coming from Syria or Afghanistan. People get the papers in like eight months or one year. It’s very, very quick. And some people have been there for five, six, seven years. So it’s just different.”

“You’re just in limbo, a time loop. It feels like that.” She laughs as she says it, but there is a tinge of sadness in her voice. “I’m in a bad dream.”