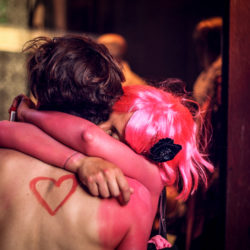 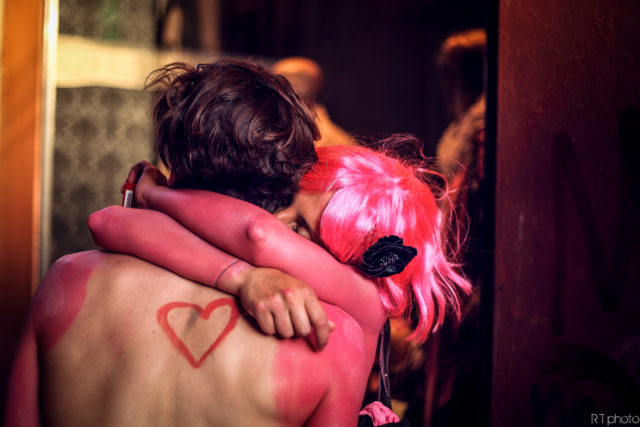 “I will kill myself”: A gay Syrian refugee couple in UK

Ahmed is a 29-year-old architecture student. In 2013, with a year left of his degree, the Syrian war intensified and he was forced to flee Damascus. He began the arduous journey across Europe with his boyfriend, Said [name changed], hoping to claim refuge in the UK and finish his studies. When they arrived in London, he thought the traumatic 4,500km trek across the continent was over. Instead the UK Home Office threatened the couple with deportation.

When Ahmed left Syria and headed for Istanbul he took nothing with him, hoping his stay would be temporary and that the war would soon end. It was there that he met his boyfriend Said, who, like Ahmed, had left everything behind and joined the city’s estimated 366,000 asylum seekers. They spent two difficult years in Istanbul; neither spoke Turkish, paying for rent and food was a struggle, work was hard to come by and poorly paid. Their relationship was kept strictly secret for fear of any repercussions from those they stayed with. All the while they prayed the situation back home would alleviate and allow for their return.

During his time in Istanbul he received a call from his mother; one of his brothers had been killed in the war. Details of his brother’s death were sparse, with his mother worried about the phone call being tapped, but Ahmed understands that he died trying to protect the district after the Assad regime’s military invaded. Along with one other brother, Ahmed’s mother is all that remains of his family in Syria, with his siblings scattered across Europe and the Middle East. Any lingering optimism of one day returning home, of the war dissipating, faded. With nothing left to keep them in Istanbul and the situation fast becoming untenable, Ahmed and Said decided to move on.

“We stayed together, we supported each other and that made life easier for us,” says Ahmed. “So we decided to not live in Istanbul. There was no chance to stay there. I made a deal with someone to go by boat. We paid money for that, about one thousand dollars. It was so scary to do it. We hadn’t any other choice.”

They made their journey across the Aegean Sea with 30 other refugees. Arriving safely ashore, they spent two days in Greece before moving north on foot towards Hungary. They waited at the now closed Hungarian border for two days, uncertain of their next move, until hearing rumours that the Croatian border had been opened.

“We went to Croatia and they [Croatian officials] took us from the border and they put us in a place like a prison”, Ahmed recalls. “It was so bad. We didn’t know what happened. We didn’t know anything. They took us in a van. It was like a small building with a big campus and it was like there was a big wall around. And cameras everywhere”.

Ahmed estimates that around 500 other refugees were detained at the compound while he was there. During their 48 hours incarceration, they slept outside, were fed three meals a day (usually a bread roll and tuna) and kept completely ignorant about what was to happen to them and why they were there. Eventually officials forced them to register their fingerprints and took them to the northern border.

“We refused to do our fingerprints but they said they would not let us go, unless we give our fingerprints”, he says. “They took us from border to border in a van. We have the worst memories there. We didn’t know where we were going. We were like animals”.

Passing through Austria, Germany and France, they eventually came to Calais. After spending some time living in the infamous jungle camp, they snuck on to a lorry, crossed the channel and arrived in London. After spending a few nights at his ex-boyfriend’s place, a French-Syrian national and the only person Ahmed knew in the UK, the couple went to the Home Office to file for asylum.

But when they arrived, officials refused to see them. Despite their desperate situation, they were told that they didn’t have an appointment and had to come back in ten days. Instead, they returned two days later, this time assisted by the UK Gay and Lesbian Immigration Group (UKLGIG), who were concerned that the Home Office was illegally turning people away.

“We went to the Home Office to observe as we were very concerned that they didn’t have anywhere to live”, says Paul Dillane, executive director of UKLGIG. “If you’re destitute you’re allowed to turn up immediately, without an appointment, because what else are you supposed to do? We said to the Home Office if they don’t get accommodation today I have to pay for a hotel and we don’t have the money for that”.

After arriving at 8am, Ahmed and Said were interviewed by six interrogators, as they tried to establish whether to even register their claim to asylum.  “I didn’t expect anything from the Home Office, I just wanted to be legal here”, says Ahmed. “I didn’t want financial support. I want to go to university. That’s it. If I go to another country where they don’t speak English it is difficult for me to finish and start university again”.

Eventually, at 6pm, the Home Office agreed to register them and find them accommodation, albeit temporarily. Ahmed and Said are now living in a small studio apartment in Rochdale. It’s the first time since leaving Syria they have had anything resembling a home, the first time in their lives they have felt able to live openly as a gay couple. Such respite may prove short-lived.

Because Ahmed and his boyfriend first entered Europe through Greece, according to an EU law (the Dublin III Regulation) it’s Greece that should take responsibility for their claim. But as the situation in Greece is now a humanitarian crisis, with an estimated 2,000 arriving every day, the UK government no longer deports asylum seekers there. It’s of little consolation to Ahmed. Having heard nothing for weeks, he received a letter summoning him to the Home Office; according to his lawyer, the Home Office is making plans to transfer the couple back to Croatia.

“Even if legally it’s possible, the question is: is it the right thing for the government to do?” asks Dillane. “600,000 refugees have gone through Croatia to Germany, and Croatia is struggling to cope. Not to mention only three gay asylum seekers have ever successfully claimed asylum there.”

If Ahmed and his boyfriend are deported back to Croatia there is no guarantee they will be granted asylum. Just three LGBT refugees have been successful in their applications to Croatia, and with more refugees entering the country every day the country’s asylum network is coming under increasing pressure. […]

Ahmed’s fear though is he will be immediately detained and deported to Croatia. Having come this far, losing everything and risking more, it’s a fate he refuses to accept.

Ahmad and Said were at Pride in London. At least for a day, they could be free. Though the UK Government has conceded they will not be removed to Croatia, it has taken no action to consider their claims for international protection. They are forbidden from working despite being intelligent and educated young men and they survive on £5 a day each. Paul Dillane, who met them, is worried about the fact that uncertainty is affecting their health and they cannot begin to rebuild their lives.

As reported by Paul, it is vital that the UK Government fulfils its obligations to protect LGBT people fleeing persecution. Kaleidoscope Trust will raise their case with UK Home Office. Ahmad and Said will need to stay strong for a while longer, they have no other option.