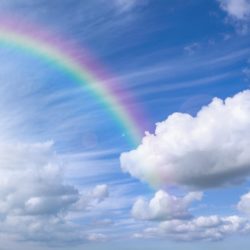 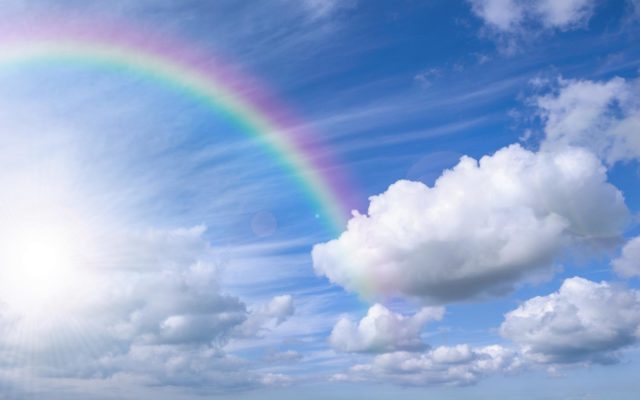 How he became an activist: Dennis' story

The director of IRCA Casabierta shares his story as an Honduran LGBTIQ refugee living in Costa Rica and how he became involved in LGBTIQ activism. Story written by Iván Lopez-Justiniano for Alturi.

How did you get involved in activism?
I started doing activism work when I was 13 years old. I first began getting involved in LGBTIQ organizations in my home country Honduras. I would say that I initially started doing HIV related work. In this process, I received professional development that empowered me and gave me the tools to know and defend my rights. Most of what I did at the beginning of my activism career was volunteer work. I remember that the first LGBTIQ organization I worked with was one block away from my house. At that moment I was not out of the closet to my family members so that meant I had to go around a few blocks to hide and arrive at the organization.

I came out of the closet when I was 18 years old. Although I was rejected by my siblings, I received acceptance and support from my parents. This led me to work as an advocate when I was 24 years old in Honduras. I started working specifically around sexual diversity, HIV, and other STIs. During my years doing this work in Honduras, one of my colleagues was murdered, and I also started receiving death threats based on my LGBTIQ work. In Honduras, LGBTIQ folks are murdered for pleasure. In Central America, particularly in the Northern Countries (Guatemala, El Salvador, and Honduras), there is a higher incidence of hate crimes. Even though there are no laws that criminalize LGBTIQ people or same-sex sexual behavior there are many crimes committed against the LGBTIQ community. Particularly transgender women are more at risk because of their higher visibility when it comes to their gender identity.

I was with my colleague when he was murdered and served as a witness. The Inter-American Commission on Human Rights gave us precautionary measures of protection because of the highest incidence of violence towards advocates working in organizations like Human Rights Watch and other international human rights organizations. Human rights defenders in Honduras renounce the “closet.” When I say this I mean that we become more visible, sometimes even a public figure. We are seen as a threat to the government because we are documenting public violence that occurs at the hands of the state for different communities.

Given my situation in Honduras, I was under a low profile for four years. I even remember that I did not want to continue with my activism because of the fear of being murdered and becoming a statistic like so many gay men and transgender women. This situation forced me to find refuge and international protection, which is why I arrived in Costa Rica in 2012. I am the first refugee in Costa Rica that received asylum based on their sexual orientation. I first arrived in Costa Rica to live with a host family in a rural area to ensure my protection and safety. I stayed with them for eight months. It is based on this experience as an LGBTIQ refugee in Costa Rica that IRCA Casabierta is born.

What inspires you to do this work?
In Honduras, LGBTIQ people are persecuted and harassed on a daily basis. This led me to see many injustices and rejections, which is why I felt like I needed to use my voice to empower ourselves by knowing our rights. There are many folks in Honduras who still do not have the resources to know their rights, feel empowered, become visible, and protect themselves. It is not like I am a savior or a superhero, but it is important to work alongside your community to create union and strength to defend our rights. The ongoing injustices that we experience are what make me use my voice to continue defending ourselves.

How is it like to live as an LGBTIQ individual in Costa Rica?
I am in San Jose, the capital city, but Costa Rica is a small country that has seven provinces. Recently, Costa Rica legalized same-sex marriage which brought important protections and safeguards to the LGBTIQ community. Being LGBTIQ in Costa Rica does not mean that there is no violence; there is because Costa Rica is a Catholic country and can be fundamentalist when it comes to religion. There were presidential elections two years ago and one of the candidates promoted new forms of violence against LGBTIQ communities. But in my case, I come from a country that has a significant amount of repression and a high incidence of hate crimes against LGBTIQ communities. For me, being in Costa Rica feels like being free: having the freedom to walk around, go to the plaza, and express myself as an openly gay man and human rights advocate. I feel no fear here of reprisals against my life because of my sexual orientation or the work that I do. I am not saying that in Costa Rica there is no discrimination based on gender identity and sexual orientation. We know that it exists but there is more respect compared to my experiences in Honduras because there are more policies and regulations that protect LGBTIQ communities. When governmental institutions and agencies respect LGBTIQ communities, society follows and culture changes. In Costa Rica, I have had the opportunity to continue with my leadership and do the work that I like to do. I am so grateful that Costa Rica opened its doors for me when my own country turned its back on me.

What are some of the current laws that impact LGBTIQ individuals in Costa Rica?
One of the most recent and impactful changes was when Costa Rica legalized same-sex marriage. Additionally, there have been changes in gender identity laws to allow transgender individuals to legally change their name. Gender identity laws also cover transgender refugees and migrants that were not previously allowed to change their names in different forms of identity documentation. There have also been changes in health insurance that now cover LGBTIQ couples, visitation rights, disability rights. Businesses are now demanded to change their forms to cover LGBTIQ couples in their benefits. Additionally, a number of municipalities now have LGBTIQ commissions in their institutions. In the national government, there is an LGBTIQ Commissioner appointed by the president that works alongside LGBTIQ institutions to eradicate discrimination based on race and gender identity.

Tell me more about some of the changes in the last few years for LGBTIQ individuals in Costa Rica.
One of the issues that have arisen since the legalization of same-sex marriage is that fundamentalists have been stating that there is going to be a punishment for Costa Rican society. There has been some resistance to change documented. LGBTIQ organizations continue to fight and advance their mission to ensure that the changes implemented by law are reflected in society. For example, we are giving capacity building training to government officials. Changes so far have been for good. One of the issues is that we have approximately 14 elected officials in Congress that are more conservative and continue engaging in hate speech. A couple of weeks ago a deputy wrote in a group chat that we should murder LGBTIQ individuals and Nicaraguan immigrants. Therefore, government officials are still being open about their homophobic and xenophobic views that have been exacerbated by the COVID-19 situation.

Could you tell us more about your organization?
El Instituto sobre Migración y Refugio LGBTIQ para Centroamérica (IRCA Casabierta) is born based on my experience as an LGBTIQ refugee in Costa Rica. I remember that when I first arrived as a refugee, I was located in a rural place. It is not the same to live as an LGBTIQ individual in a rural area as in an urban one. In a rural place, I was able to share my story and make more impact because the people who lived there did not know that LGBTIQ people face such discrimination and hate crimes. It is during my time here that I started reflecting on the need for spaces for LGBTIQ refugees and migrants. When I moved to San Jose, I started looking for organizations that served people like me and there were none. All the organizations were serving national LGBTIQ people, but now IRCA Casabierta is the first organization in the country that focuses on serving LGBTIQ refugees and migrants.

In 2013, I started meeting with community members who were LGBTIQ refugees and migrants to share our experiences and needs. I have had some privileges as a refugee here: I had all the migratory documents I needed, clean and safe housing, and food. It was here where I recognized that there were many needs that were not being met for all refugees and migrants and particularly for those who were also part of the LGBTIQ community. We started meeting together and sharing as a family. IRCA Casabierta was founded based on all of the experiences and stories shared by this group.

As an institution, IRCA Casabierta generates research and studies to strengthen public policies and visibility that impact LGBTIQ refugees and migrants in Costa Rica. We have recently developed a strategic plan that focuses on five areas: political incidence, research, capacity building, direct services, and development. We have different directors that focus on each of these areas to provide the best services needed for our community who in many cases have been displaced. Our office is located in San Jose and we are the first and only organization that focuses on the LGBTIQ refugee and migrant population. We work with a network of LGBTIQ organizations in Central America (El Salvador, Honduras, Guatemala, Nicaragua. Ecuador, Panama, and Mexico). We also partner with organizations in Europe to better support our work. We have been working super hard in the last seven years; having an organization is no easy job especially when it comes to dealing with financial aspects. We have been having a hard time navigating funds and resources because Costa Rica is a medium-wage country and sometimes competing with funds from here is harder. But we know that the living situation for our client population does not reflect the average standard of the living situation in Costa Rica. We are also focusing on sustainability which is why donors have been fundamental to our work.

What are some of the ways our readers can financially support your work?
All of the funds donated to IRCA Casabierta are utilized to give direct services needed and better assist our participants. We also create a report every year that details how funds were used, to share where the resources are being utilized and how they have made an impact.

You can contact IRCA Casabierta at irca.casabierta@gmail.com and you can also donate to support their activities via Paypal.