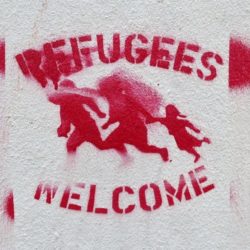 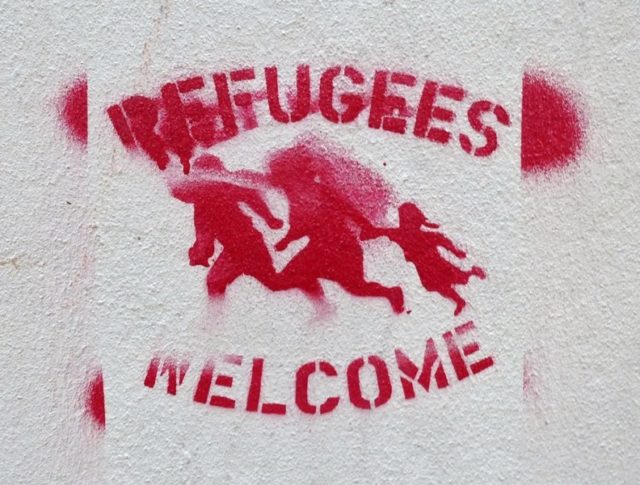 Confessions of a lesbian refugee from Iran - Jannat's story

This is the story of Jannat, a lesbian refugee from Iran living in USA [story collected by Abby Higgs for The Establishment].

Jannat says her life was in danger.

If the authorities in Iran were to have found out she’s a lesbian, she could’ve been killed.

Meanwhile, her father kept pressing her to get married. Every day it was, “Jannat, you’re so beautiful with your long, dark hair and fair skin. Why don’t you marry this man?” or “Jannat, how about your brother’s friend?”

She couldn’t take it. She was 25, done with her BA in Statistics from Shiraz University, done with the rigor of trying not to be gay, with the seemingly interminable cycle of dating and sleeping with men […].

She had to leave. So Jannat moved to Turkey.

Ankara, to be precise – where the culture was a bit more tolerant insofar as her gender was concerned; she wasn’t required to wear a hijab in public; she could drink if she wanted; she could flirt openly. But she was still afraid.

Still, she explains, she didn’t feel entirely safe. It was too close to Iran, to the threat of her family, the potentiality of corporal punishment or imprisonment for her sexuality – or worse.

Plus, there was political unrest everywhere; the city was perpetually on the brink of collapsing into violent civic unrest. It was 2012 — two years before President Erdoğan was elected […].

She set about making an appointment to apply for “refugee status” in a new foreign country at the United Nations High Commissioner for Refugees in Ankara. The authorities there were happy to assist her, so long as she could prove to them she was in danger.

“That was simple,” Jannat says. “I just showed them that I was born in Iran and explained that I could never return because I am a lesbian and my father might kill me.”

Jannat was placed on a waitlist and told to standby in Ankara […].

As far as Jannat was concerned, though her gender was indeed a problem (for her) in Iran — again she was required to wear a hijab at all times in public, she could not go out alone or with a man, though she was allowed to go to university (in fact, 60% of women attending higher education Iranian institutions are women these days) — her sexual orientation was the major concern.

“But you can’t trust what those Iranian laws claim,” Jannat warns. “Women have been stoned to death for being lesbians. Gay men are always being hanged.”

Not only is lesbianism intensely stigmatized in Iran, but all homosexual acts are considered illegal under Sharia law. The punishment for lesbian sexual acts, which are called “Musaheqeh,” are as follows according to the Islamic Republic of Iran:

Article 239 — The hadd punishment for musaheqeh shall be one hundred lashes.

Article 240 — Regarding the hadd punishment for musaheqeh, there is no difference between the active or passive parties or between Muslims and non-Muslims, or between a person that meets the conditions for ihsan and a person who does not, and also whether or not [the offender] has resorted to coercion.

Jannat’s decision to move as far away as possible from the threat of such retribution was finally realized when she was granted “refugee status” to America in April, 2013.

The weather was windy and grey when Jannat arrived in New York City on December 3, 2013. Her Nationalities Service Center caseworker picked her up and drove her three hours to her new home: Philadelphia.

Jannat’s English was shaky at best. “And after I arrived, no one really told me what to do,” she said. “I made an appointment with the agency about work. My caseworker suggested that I work in an Arabic halal market, which offended me. I’m not Arabic, but my caseworker didn’t care. After she ‘found’ me that one job, she told me I was on my own.”

This experience set a sort of precedent for Jannat. After that, she found herself constantly being reduced to her “Middle Eastern-ness.”

For instance, when she did land a position as a hostess at a national chain restaurant outside of Philadelphia, her boss asked after a month if she’d prefer to work in the kitchen because there were “other Middle Eastern foreigners there.”

“I’m kind of used to it,” Jannat explains. “But it’s really getting worse. People are more rude to me than ever about being Muslim that I don’t dare tell them I’m also a lesbian.”

This uptick in racism, Jannat wagers, can be solely explained by Donald Trump’s vitriolic position on immigration. And his unabashed bigotry has provided ample opportunity for renewed pro-nationalist fanaticism to “go mainstream.”

From micro-aggressions foisted upon her in public (Jannat is asked at least once a month by strangers why she’s not wearing a hijab or burqa), to outright maltreatment by strangers on the street or in stores (“I’ve been told to go back to the Middle East many times,” she says), Jannat sometimes wonders if she made a bad decision in moving to America.

“Even though I know this is the best place for me to be,” she says. “I just had to learn the hard way that this is the reality of democratic societies where people can speak their opinions. I thought America would be heavenly.” She laughs. “My expectations needed adjustment.”

Furthermore, as a lesbian, Jannat says she has encountered double the prejudice. She has been accused of not only bringing her “extreme Islamic lifestyle” to the U.S. by uninformed, bigoted individuals, but for additionally importing her “alternative lifestyle” to boot.

These ill-informed people have no idea how much of an impossibility it would be for Jannat to live openly as both Muslim and gay back in Iran. “They think my country is ‘extreme’?” she says. “Well, my ‘extreme country’ thinks that being homosexual isn’t just ‘extreme,’ it’s something worthy of torture and death.”

At times, Jannat has found herself afraid to hold her partner’s hand in public for fear of public outrage obstructing her progress toward citizenship, even though the U.S. has – for more than two decades – recognised persecution due to sexual orientation as grounds for refugee status.

Interestingly enough, it seems that she is not alone in her fear — the number of self-identified lesbian, gay, bisexual, and transgender refugees entering the U.S. remains much smaller than predicted given that the prevalence of same-sex orientation is estimated to be about 3.8% of the population worldwide.

For example, in 2011, 81,372 refugees and asylum seekers entered the U.S., of whom 3,000 may eventually identify as LGBT, reported the Forced Migration Review that same year. This is because very few LGBT refugees disclose their sexual orientation or gender identity to resettlement agencies, other than the limited few granted refugee status based on the fact they are “members in a particular social group.”

“I do believe I belong here in America,” Jannat says. “I do think I should be a citizen someday. It comforts me to see so many different people in the big cities and even in the little ones.”

But she fears President Trump. “I may never be able to return to Iran because I’m afraid I won’t be allowed back to the U.S.”

And should that one day be the case, Jannat would find her own life back in danger all over again. “If I wanted to survive in Iran,” she says, stopping to think a moment before frowning and shrugging, “I guess I’d probably just have to marry a man.”