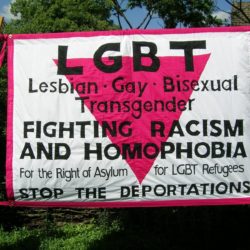 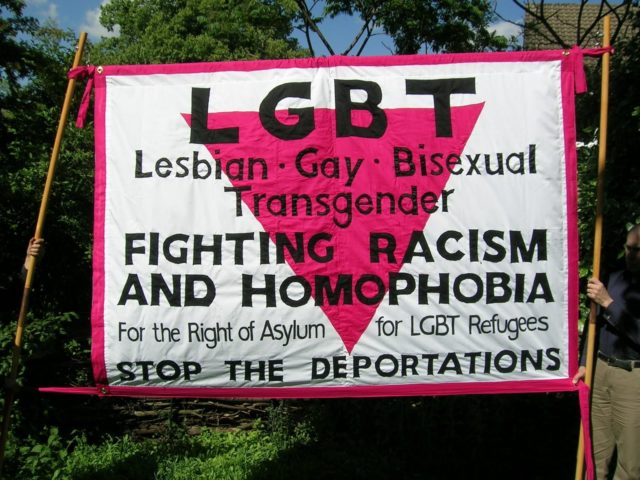 Home Office cites 67-year-old’s lack of a boyfriend as a reason for suspicion. Story collected by Helen Pidd for The Guardian (You may sign the petition at the end of the story).

A man faces deportation to Malaysia, where homosexuality is illegal, after the Home Office said it did not believe he was gay – suggesting it was suspicious that he did not have a boyfriend.

Yew Fook Sam, also known as Sam, claims he will be persecuted and imprisoned for his sexuality if he is deported to Malaysia, where homosexual acts are punishable under federal and sometimes sharia law.

He fears he will be forced to undergo gay conversion therapy should he be returned to the country, where the opposition leader last year blamed gay people for causing earthquakes and a lesbian couple were caned publicly for having sex in a car.

The 67-year-old, who has depression and claims to take 20 tablets a day for various conditions, says he doesn’t have a boyfriend because he only came out two years ago after finding acceptance at St Bride’s, an inclusive Christian church in Liverpool.

Currently surviving on £5 a day from the government and barred from working while his asylum claim progresses, he says he cannot afford to socialise much but that he would love to find a “kind” man to be his partner.

Over 1,000 people have signed a petition demanding the Home Office let him stay, after he lost his final appeal at an immigration tribunal last October.

He hopes to submit a fresh asylum claim based on new evidence and is being supported by Kieran Bohan, a chaplain at the Liverpool YMCA and network coordinator at Open Table, an ecumenical Christian worship community for LGBT people.

Bohan said: “In addition to him being 67 years old and chronically ill and on very limited income and having English as a second language – all factors which make finding a partner difficult – he is also a Christian, and not every Christian chooses to be in a relationship, particularly in later life.

“This is an argument we will likely make for the fresh asylum claim, that it is a western cultural assumption that you have to be sexually active in order to have a healthy sexuality. They couldn’t get away with saying to a 76-year-old heterosexual that you can’t be heterosexual because you don’t have a partner. It’s absurd and unjust.”

Another friend, Nick Campbell, chaplain at the Christie cancer hospital in Manchester, told an immigration judge he was certain Sam was gay and that he displayed “traits” typical of men who had been closeted for most of their lives. But the judge said he and Bohan had been duped by Sam “in order to make an asylum claim and remain in the UK and for no other reason”.

That was an insult, said Bohan: “I have been working with LGBT people for 15 years. I think I would know if someone was making it up.” He believes Sam is at risk after photographs of him at the Liverpool Pride march featured on the back of a book called God Loves Gays and in the local media.

But the Home Office argues that the photos, which have since been published in the Liverpool Echo and are freely available online, would not come to the attention of the Malaysian authorities and as such post “no risk” to Sam should he be sent home.

Sam arrived legally in the UK in 2005 on a tourist visa and never left. He says he was forced to flee Malaysia after his wife found out he was having sex with ladyboys in Thailand and left him, taking their two children to the US. Unable to live openly as a gay man in Malaysia, he sought sanctuary in the UK.

He says he worked and paid taxes until he was arrested in 2016 while working as a takeaway delivery driver in Looe, Cornwall, and spent 10 months in Harmondsworth detention centre near London, where he claimed asylum.

He applied for refugee status, was refused and then had an appeal was turned down by an immigration judge in Manchester last October, who found Sam’s claim to be gay “incredible” . He had told the court that the only gay relationship he’d had in the UK was with a Chinese man at Harmondsworth, who was subsequently deported as a failed asylum seeker.

Sam had also admitted to immigration officers in 2016 that he’d had sex with a woman in a brothel five years earlier, simply to “relieve myself my need”. The judge said it was “odd” for him to have sex with a woman when he claims to prefer males, but accepted that gay men in Malaysia “do form a particular social group that are at risk of persecution there”.

The judge said that if Sam really was gay then he would be at risk but that there were a “number of inconsistencies in his evidence that go to the very core of his claim to be a homosexual man”.

The judge questioned why Sam could not prove any past gay relationships: “The Appellant claims that he had no relationships between 2005 and 2016. The Appellant is unable to produce as a witness single person in the UK who can vouch for the Appellant in terms of being or having been in a homosexual relationship with him either a loving relationship or a sexual one. Given that the Appellant left Malaysia in order to express his sexuality I find that incredible.”

Sam now hopes to submit a fresh asylum claim. He wants to provide new evidence, including his national insurance card and tax records, which he says shows he was not working illegally prior to his 2016 arrest and therefore explains why he waited until then to claim asylum based on his homosexuality.

The Home Office said: “This government has a proud record of providing protection for asylum seekers fleeing persecution because of their sexual orientation or gender identity, and the UK remains a world leader in its approach to handling this type of asylum claim. We do not routinely comment on individual cases.”